I wasn’t ready for you. I was just getting used to him driving and working. He’s not even close to being independent. I know that is supposed to be the goal, but deep down I have to admit I don’t want it.

I have always told my kids they are growing too fast. I imagine most parents feel that way. Those feeling are purely selfish. The goal of every young person is to have the freedom of being independent, even if they don’t understand the responsibility that comes with it.

He seems to think I don’t like you. That’s not the case at all. I don’t know you very well, but what I know is a sweet, likable girl who happened to catch the eye of my first baby. That is hard for me to swallow. 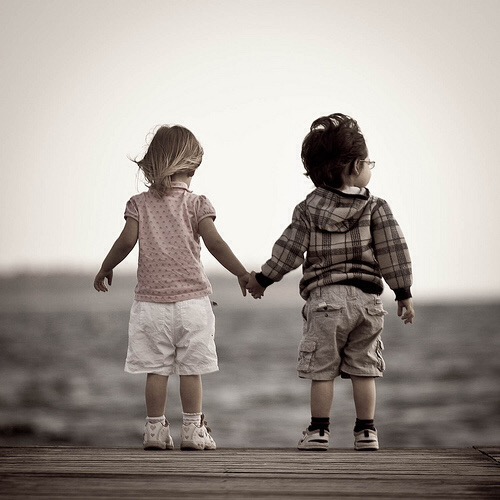 My job as a mother is to protect and nurture my kids, and teach them to be responsible, caring adults who love God and family. So far I think I’ve managed to do that, even if my ways are not the most conventional. Yes, things have happened that were beyond our control, but I was there to pick up the pieces when our world was turned upside down.

Of course, I want to guard my son’s heart. It’s only natural. It’s hard for me to let go and allow him to make his own choices. I’m trying very hard to offer advice without telling him what to do.

I’m glad he is comfortable enough with me to talk about you in ways most teens wouldn’t share with their parents. He knows I won’t judge or jump to conclusions. He also sees the value of lessons I learned by making bad choices when I was young.

I hope I have a chance to spend time with you soon, just the two of us. I would like to get to know you myself, instead of just hearing what he thinks of you (which seems to be all good, by the way). If you’re lucky I may tell you some of the cute things he did when he was little. I may even show you some of those embarrassing pictures every parent seems to have.

This week I had my first experience as part of the creative team for a community theater production. I joined the table read (just what it sounds like) of a play that was just cast. A few times I helped by reading stage directions, but I am not particularly cut out for that sort of thing.

I am looking forward to this challenge, but at the same time I am a little intimidated. This is the first time that so much of the lighting design has been my responsibility. I have a co-designer, who is also the stage manager, but her help will mostly be hanging and focusing the light fixtures.

The talented cast jumped right into character with no prompting from the director. Soon we were all laughing. I decided I need to watch several rehearsals. Not only do I need to observe blocking and other details important to light design, but I need to be able to watch the show without falling out of my chair laughing. I am also running sound and lights when the show is performed.

I can’t wait to get into the meat of this project. I will be challenged and maybe a bit overwhelmed, but mostly grateful for the chance to stretch my creative wings.

Any tips or suggestions will be gratefully accepted.

Some of you have asked about my kids being on chemo. They don’t have cancer, they have juvenile arthritis. JA can cause excruciating pain and deformalities, steal childhoods, bankrupt families, destroy marriages, cause blindness, and even kill. Although for different reasons, the difficulties my family has faced are not unlike the problems of cancer families, but without the public awareness.

The public’s knowledge and perception of cancer and juvenile arthritis is a touchy subject for the JA community. We know that arthritis can be just as life altering, if not as deadly, as cancer. We also know the general population is not aware of the similarities. It is hard to educate without sounding like whiny, self absorbed divas who want special treatment for their kids.

While both diseases have periods of remission and risk of recurrence, one way or another cancer treatment usually has an end. For many JA patients, treatment is a never ending battle. I have heard heartbreaking stories of JA children who shared infusion rooms with cancer patients and constantly asked their parents when it would be their turn to ring the bell announcing the end of their treatment. For them there is no end.

The mortality rate for cancer is definitely higher. I am thankful that I have not watched my child deteriorate, knowing there would be no recovery. My heart aches for parents who have lost a child. Even in remission, recurrence is a continuing threat. Parents of JA kids in remission have that same fear.

A friend of mine shared recently that her daughter was in remission. I joked that she was asking for trouble. A few days later she was back at the hospital. I felt bad, like it was somehow my fault, though I knew it wasn’t. That friend doesn’t blame me, but the pain is still there. JA parents hurt when one of “our” kids suffers, and we rejoice together on good days.